Ringing Out the Old Year with War Brides of Japan

At long last, all 5 of the short films that comprise ‘War Brides on Japan, a docu*memory’ are available for rent at Vimeo OnDemand: 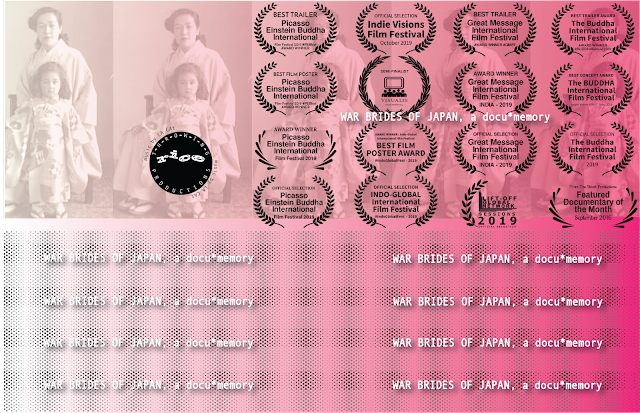 This has been a long and arduous project and, because of its grassroots flavor and ultra-low budget, the films will not be theatrically distributed.

Here’s a big shout-out to all our donors listed on our website:
(Scroll down to ‘our Donors’). 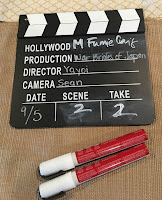 And, here’s the link to our trailer titled, ‘The Chase’, which has won several film festival awards.

War Brides of Japan, a docu*memory: The Chase

And, we have more awards to add to the laurels above.

Meanwhile, we have plans to resurrect our Watermelon Sushi project—either as a feature-length animation or narrative—next year.

We’ll also be working on another docu*memory—about the artist, or as we call her the heARTist, Yuriko:

When we meet again on March 31, 2020, we should finally have another mixed-race, multi-cultural, transracial adoptee or culture-crossing interview for you.

Yayoi
Posted by Yayoi Lena Winfrey at 10:31 PM No comments: 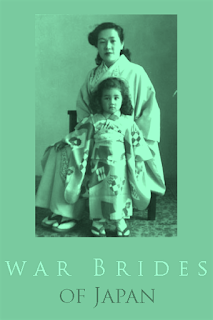 Is this finally the week? Will the 5 short films that make up ‘War Brides of Japan, a docu*memory’ go on the market at last?

Please check out the following links where news of the releases will be announced:

Meanwhile, here is a recently won laurel and award certificate. Both 'Herstory' (an experimental short doc) and 'The Chase' (a trailer) were Official Selections at the Great Message International Film Festival of Maharashtra: 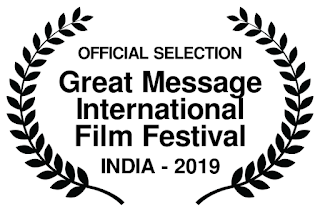 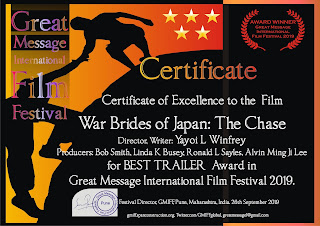 Here's a link to the award-winning trailer, 'The Chase':

And, you can view older laurels and awards at this page on our website: 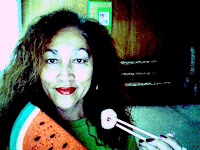 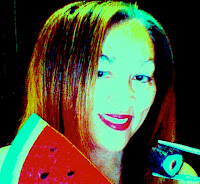 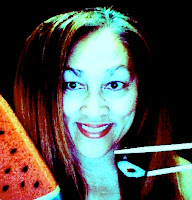 Next year, we’ll return to our regular formatting and our continuing pursuit of Watermelon Sushi!

Until December 31, keep on being Hip Hapa Homeez!

Yayoi
Posted by Yayoi Lena Winfrey at 5:40 PM No comments:

Yes, we know we’ve been saying it for three years. But our docu*memory series, “War Brides of Japan”, really is arriving soon. 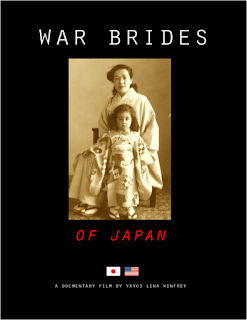 In fact, some pieces have been arriving for the past few months. Along with numerous trailers, several of the 5 chapters have actually been entered in film festivals around the world. 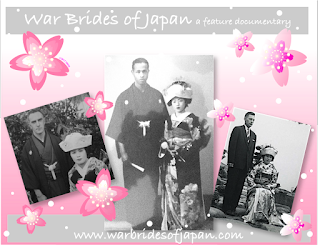 Here are our banners:

And, a short explanation of this complicated film project:

In September and November 2016, I interviewed 13 different individuals along with many of their family members. Thus, I was left with over 13 hours of footage. In an effort to give every single person a voice, I cut the footage into 13 short films. Then, I edited them again into 5 short films—pairing them according to similarity of subject matter.

“THE BRIDES” is war bride Asako Sakaguchi Miller Kimes (“The Best Ambassador”) with her grandson and daughter, and Fumiko Kiyamura Caine Alderman (“Kitchens and a Priest”) with her two daughters. While Asako married a white man, Fumiko married a black man—which put them on two very divergent paths in America.

“THE KIDS” is Roleta Fowler Vasquez (“The Entertainer’s Daughter”) talking about her war bride mother who was a talented entertainer. Andy Campbell and the three McClanahan sisters—Elaine, Naomi and Joan (“hafu") discuss their mothers and their own experiences growing up Japanese and black in the U.S. Jean Lahn (“Remembering Her Mother”), who recently lost her mother, remembers her with fondness and tears.

“THE CULTURE” features M Fumie Craig with her daughters ("Cactus…Cranes…Cooks…") creating origami and cooking Japanese meals. Diana Portugal and her daughter (“Tamales 4 Bon Odori”) talk about their Mexican roots and Diana’s experience of being rejected by the local Japanese community because of it. Yoshi Childs (“Bringing Japan Home") shows off her collection of Japanese souvenirs before preparing a Japanese lunch.

Here’s the pdf that further explains the chapters:

There’s something for everyone in these 5 films, so follow me on Vimeo for updates:

You can also check out our website regularly for any news:

On a sad note, we had to say goodbye to our dear friend and long-time Watermelon Sushi supporter, Nashville dramaturg Jaz Dorsey. Sweet dreams forever, Jaz! We miss you already.

See you Hip Hapa Homeez on September 30, or at a theater near you!


Yayoi
Posted by Yayoi Lena Winfrey at 11:47 PM No comments:

While we’ve been working on the War Brides of Japan docu*memory, we've had to focus solely on that project.

But, now we’re back where we left off, and this issue features an amazing interview with an amazing lady—cross-cultural model Alexandrine Maurice aka Anima Kurayami:

Q: Where were you born and raised?

A: I was born and raised in France, in an eastern region called Lorraine.

Q: When did you first begin modeling?

A: Four years ago, I met the Japanese designer Takafumi Tsuruta from the brand Tenbo completely by chance. He's promoting diversity through his clothes for disabled people, so they can mingle with others and allow the world to progress. He asked me if I wanted to become a model, to parade for his brand, and I accepted.

Q: What attracted you to Japan?

A: Japan has always been my greatest passion. When I met Takafumi Tsuruta, I already had plans to go there, because it was my life project. But it was his proposal that got me started. It was complicated for various reasons, but I was able to go to Tokyo a few months after talking with him. 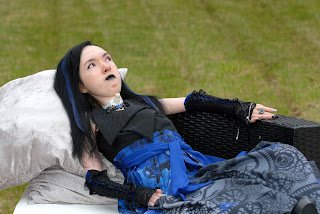 Q: What is your disability?

A: My pathology is called spinal muscular atrophy. It is a genetic disease that causes very serious respiratory problems and muscle atrophy (which prevents me from walking, as well as limiting my movements). 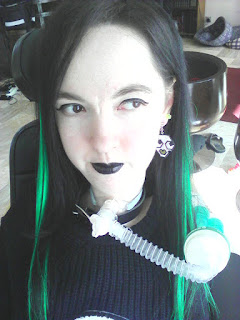 Q: Do you consider yourself a representative for models with disabilities? If so, in what ways are you proactive?

A: I hope more generally to be able to encourage all people who feel discriminated or uncomfortable in their lives. Nowadays, unfortunately, people believe that you cannot do certain things on arbitrary criteria (the color of your skin, your disability, your sexual orientation, etc.). I wish I could be the example I would have liked to have had a few years ago. Back then, I was lost myself and, everyone around me was trying to dissuade me from doing artistic work because "you're in a wheelchair, so you can't!".

I am not the first to do what I do. I am aware of it, and I hope that many others will join us in time! 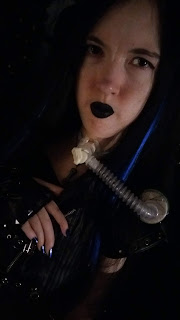 Q: How do you feel Japanese look at disabled artists such as yourself?

A: I have been to Japan twice. So far, nobody looked at me in a bad way, nor did anyone say anything bad on this subject. Japanese people appreciate what I do. They encourage me a lot, especially through the Internet.

I know that the country as a whole still has some trouble with people who have disabilities, but that's why I believe it's important that more and more artists with disabilities are noticed (and not only in Japan), in order to help the world to evolve. 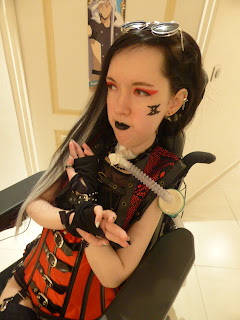 Q: What do you hope to change, and how do you see the future for models like yourself?

A: Is it too much if I say I want to change the world? Ha ha. Anyway, I hope to be able to contribute. We're in 2019. And yet, in my opinion, diversity is not well represented in the media. It does not push people into meeting each other, since they have the impression that people who are in a situation such as mine are exceptional cases, when in fact it is not.

The world belongs to everyone, and it is important that everyone finds their place in it. Moreover, I think that going towards each other helps us to learn and not to remain frozen in what we already know.

Also, the links below will keep you updated about the War Brides of Japan docu*memory.

Posted by Yayoi Lena Winfrey at 1:26 AM No comments: