To Weave An Identity

Last month’s Hawai’i International Film Festival featured some amazing movies from around the world. Among them was a documentary directed by a local, Christen Hepuakoa (Hepuakoamanaaheleihiehieonaonamekekapu’o’nali'iamekahanohanoamauanaia) Marquez.
Christen’s film is a journey to explore the middle name “woven” by her mother and its ensuing loss when Christen’s family is torn apart. Kanaka Maoli (Native Hawaiian people) believe names are sacred and should evoke their ancestors. After Christen’s mother is diagnosed with mental illness, Christen and her siblings are taken away by their father to the mainland. But decades later, Christen returns to learn the true meaning of her name and to heal the relationship between her and the mother she once lost.

To learn more about Christen’s film, E Haku Inoa (To Weave a Name), check out the links below. Meanwhile, here’s what the director has to say about her mixed roots and more: 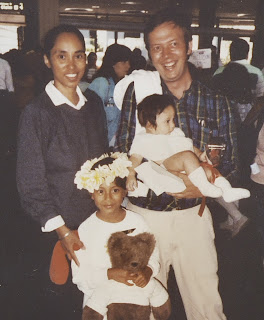 Q: Christen, who are your parents and how did they meet?

A: My mother is Native Hawaiian/Filipino and my father is Caucasian. (French/English/German). They met through my Mom's sister.

A: In Hawai’i, where I lived until I was in third grade, the whole island is a mixed race environment. After that, it was Seattle, then as an adult, New York and Los Angeles.

Q: What made you decide to explore your Kanaka Maoli culture and the meaning of your Hawaiian name through your film?

A: I felt ashamed that I did not know the meaning of my own name, but I chose to turn that into a positive curiosity instead of something self-loathing and destructive.

Q: How did your family feel about you making their lives so public?

A: They were surprisingly okay with it. I think it was because at first they didn’t ever believe that the film would be on television, but I had been telling everyone in the family that it would be. So, when it finally started to materialize, they couldn’t say that I never warned them.

Q: What was the most important discovery in your quest to reconnect with your Hawaiian roots?

A: It was important for me to reconnect with other people who validated the spiritual connection that I feel to the islands.

Q: You also made a film about a Cambodian woman searching for her siblings in Two Shadows. Do you find yourself crossing cultures often? How much of that is attributable to your being mixed yourself?

A: That is a great question! I do think it has a lot to do with being multi-racial myself. As multi-racial people, we get glimpses of bigotry that might otherwise be hidden to us and also get treated as insiders into places we might not actually be from. Because of that, it is really important for me to be as culturally educated and as sensitive as I possibly can be. All of that paired with my personal enjoyment of new experiences, I think, leads me to cross cultures more comfortably than some other people.

A: I’m currently working on a project about Hawaiian Language sovereignty songs that I hope to begin shooting in 2014. For other information about my projects and work, please visit me at www.paradocsproductions.com or www.hakuinoa.com as well as on facebook at www.facebook.com/weaveaname and twitter @paradocsfilm 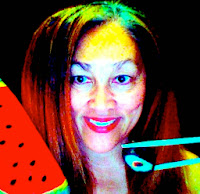 Posted by Yayoi Lena Winfrey at 11:09 PM No comments: