It’s been nine years since Your Hip Hapa first posted a blog entry here on Watermelon Sushi World. Mahalo nui loa to all of you who have been with us from the beginning, and to the rest of you who have followed us since. 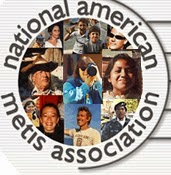 Q: Billy, what does NAMA mean?

A: The National American Metis Association was begun in 1978 and began making possible the identification of being part Native/First Nations heritages that defined us as being "mixed with…”, an altogether newly useful way to identify that didn't crowd those with registered Native heritage by the tribal names alone.

It was also defined here in the U.S. as being a means of bringing identity to being of mixed heritage, which in my own family's case was something thoroughly felt and lived while not being politically broadcast or much discussed. It certainly accounted for how avid we were in my family about the gains being made planetarily and nationally in civil rights on a daily basis from 1954 through the present.

Q: What’s your life been like?
A: I am 67 and when I was not yet 6, we lived where there were many different peoples in National City, an area south of San Diego. It was an era of visual racial segregation and nearby was the black area of Logan Heights. I had cousins who were friends with black kids there, and my own great-aunts (matrilineal-ly) lived just five blocks “above the color line” as people (I learned 30 years later) who passed for white with both Native and Afro-heritage roots and direct, deep Southern roots that had witnessed what Jim Crow meant first-hand.

Q: Who else is in your family?

A: My own family (my two sisters and my widowed, only-child mother) lived in a 55-acre former Naval housing (duplexes) project. My father was already deceased and he had been, I learned, as blonde as your teeth. His father had been born of direct Irish descent in Adelaide Australia. I never met my father’s mother.

But back to National City, I could see we had neighbors who were Hopi and Navajo and, while I knew we were part-Indian, that same 30 years was what it took for my sibs and me to firmly establish our Afro-Georgian-East Texan roots by taking a trip to the town my grandmother had been born in, in the Deep South, where the white Baptist side of town knew nothing about our family's names. So, at age 5, I knew we didn't look just like the tribal peoples in our housing project. And, I took it upon myself to go and query all the neighbors--ALL of them--about what I wanted to know. About 98% of them answered my question about whether they were part-Indian affirmatively!
The remainder had an idea they probably were as well. So, I got a very sure sense of how many "Americans" (of the strata of those who were living in low-cost rental housing) were mixed and was all the more intrigued about trying to understand what had happened and what was continuing to happen that was causing people to seem unwilling to claim what they were. And, I also grew a refined eye for seeing mixture-ness within people--something that has served me to much better understand myself and our actual shared connections with each other. I also hunted for what the histories were and what else was being kept from admission. I couldn't understand why people would not even discuss what had just happened in the holocaust of the Second World War at that stage. So, I went everywhere to look for information, from the time I could keep a bike upright. And, in 1973, being part-Indian began to get a name that was not fraught with negativity.
Q: Metis means mixed, right?

A: This story is the one we have already posted at the NAMA Facebook page. It was the birth of a national reference to being "Metis" and being “Mixed” was what we meant by this.

It was then that I wrote this contribution to having acceptable language to refer to being mixed, and shared the statistics and bibliographical sheets that were passed around to people of mixed heritage, where I was already involved, by our using lay-counseling tools that were part of the beginnings of the so-called "human growth movement" of the early 1970's.

So, when NAMA came into being with a name, it was seen as appealing to people of mixture who supported that being the case, with an emphasis on what the role of being Indigenous played in us being Americans, regardless of what other heritages we had. That's what got us started.

The stories of many other paths taken along the way of this development--Canada’s part in this, academic pursuits, art, family intermarriages, to name a few, and it's part of understanding what we are doing here, with everyone's sense of how mixed we have become in so many ways. It seems certain to help tie together what we are from and what we will become even a great deal more of. 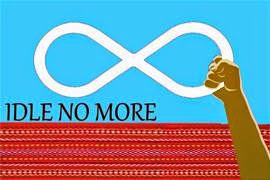 Q: Kahlil Crawford, who works with multiethnic groups, asks: How did the 1967 Loving vs. Virginia Supreme Court decision affect you?

A: By 1967, we were so far into how to end the war in Vietnam and Nixon's COINTELPRO was so far into our personal lives with illegal disruptions, I had begun my silkscreen career--beginning with creating anti-war bumper stickers--that the Loving decision was within the heartwarming blur of “our side” getting farther on the altogether growing momentum for a world that was starting to make its own sense, that we might just be able to deter nuclear destruction and see humans treating each other with some dignity.

Q: Kahlil asks another question: What actually happened in 1954 that turned your family towards supporting Civil Rights?

A: Mom's mom belonged to Father Divine's order of things in The Depression, but it takes new turns to garner new energy and the Mau Mau Rebellion in Kenya was what I asked my mother about when so many fearful racists were just going haywire about it, although it was 10,000 miles away! Her answer was, "People are fighting for their freedom.” But, as the educators/teachers my family were, the Brown vs. Board of Education Supreme Court decision marked that as being a societal reassurance to them that there were forces that wanted fairness and freedom for us all.

Q: How can Hip Hapa Homeez reach you and NAMA?

Well, Hip Hapa Homeez, we’re starting the New Year with a bang! Please patronize the following links to learn more about us:

We shall return on April 1 and until then, Gung Hay Fat Choy, Omedettou Gozaimasu and Hau’oli Makahiki Hou! 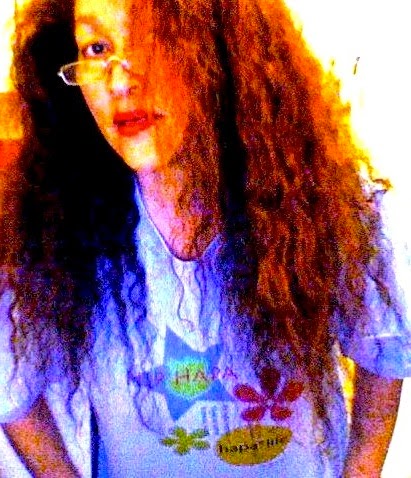 Yayoi
Posted by Yayoi Lena Winfrey at 12:34 AM No comments: